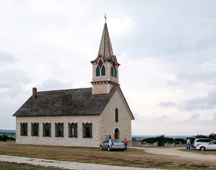 When members of the congregation of the Lutheran Church in Norse decided in February 1886 to create a new church west of their present one, the first step was to give them names. The one in Norse would be called “Vor Frelsers Kirke” (Our Savior’s Church) and the one closer to Cranfills Gap would be called “St. Olafs Kirke” (Saint Olaf’s Church). Construction at Saint Olaf’s started that same year. Services were held in the building while it was still a shell, with planks and stumps for pews, and dirt for floor. Before long, the church had real floors, pews, a wood stove and gas lights, stained glass windows, a bell and a pump organ. In 1891, St. Olaf’s Church joined the Norwegian Synod, and in 1895, it held its formal Dedication Ceremony. The rustic simplicity of its early years has undergone little change. A major restoration project, completed in 2010, upheld the historic features, while ensuring this old church will stand another 125 years. 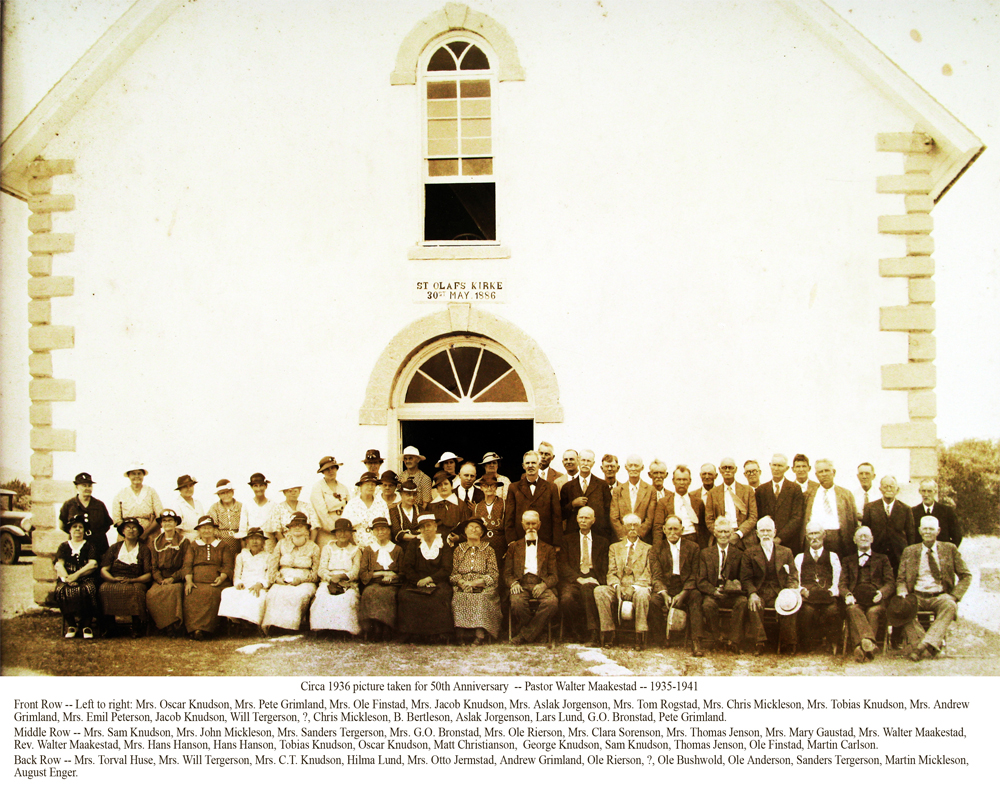 The cemetery at St. Olaf’s Church has been in existence even before the church was built. There was a need for two burials in the spring of 1885. Soon additional spaces were needed and the cemetery has grown to over 3,000 spaces through the years. 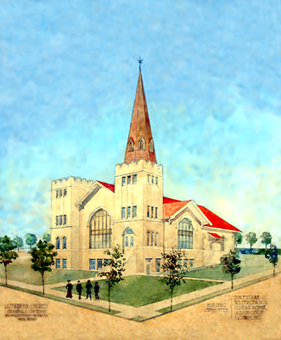 As the population grew westward, the township of Cranfills Gap was chosen as the site for building another “new church.” A full city block was purchased in 1914 and plans for the largest Lutheran church in rural Texas began. The cornerstone laying was celebrated in March, 1917 for Saint Olaf Norwegian Evangelical Lutheran Church. The original building committee for Saint Olaf Lutheran consisted of M.W. Estram, W.T. Tergerson, Oscar Rohne, Jacob Knudson, and A.C. Grimland.  The image on the right, from George Burnett Co. Architects in Waco, Texas, is an artist’s vision of the church before it was built. The tall photograph on the left panel shows the Dedication Ceremony for Saint Olaf’s Church on August 19, 1917. The congregation continued to grow and by 1919 the total number of members was recorded as 693. A new Sunday School building was completed in 1955. The new parsonage was built in 1958. The stained glass windows were installed beginning in 1965 with memorials given for loved ones.

The church provided a well-balanced program of Christian education, teaching social and leadership skills, musical groups, day care and organizations for the growth of members and the community. A Sunday School building was added in 1955 and also a new parsonage was built in 1958. The stained glass windows were installed beginning in 1965. An Endowment Fund was established to provide funds for the maintenance and preservation of all facilities in 1999.

The 100th Anniversary of the old church building (commonly called “The Rock Church”) was celebrated in May of 1986. Open daily for visitors, and frequently the site of such happy occasions as Baptism or Marriage, and the quiet repose of those laid to rest in the St. Olaf Cemetery, the Rock Church fulfills a vital role in this rural setting.

In 2012, a new facility at the Rock Church called ”The Gathering Place” was built with restrooms, kitchen, bride’s dressing room and large reception area. If you are interested in using these facilities, please visit www.rockchurch-gap.com. 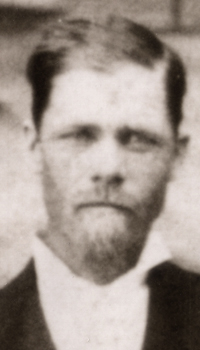 According to church records, about half of all services were still being conducted in the Norwegian language as late as 1922.

Quite a large crowd attended the "new" church dedication held on August 19, 1917.